Y4 Hedgehogs had a fantastic ‘Conker maths dazzle day,’ as part of our World Maths day celebrations. They visited lots of different teachers who had prepared lots of fun and exciting maths activities, indoors and outdoors, linked to shape and measure.

“Our challenge was to make a shape on the ground, with lots of other shapes inside. It was fun!” – Evan

Then the Hedgehogs went to Miss Greenaway.

“We played some outdoor games altogether. We had to answer lots of questions. One question asked us to find something taller than us, and one was to find a 20cm long object.” – Noah

Then the Hedgehogs went to visit Mr Ashton.

” We had to trace around a leaf and count how many squares the leaf covered. We had to count in whole squares and half squares. We were working out the area of our leaf.” – Caitlyn

Then we went to visit Mrs Simpson.

After that the Hedgehogs went outdoors with Mrs Thomas.

“We played a game called ‘1-2-3, sit on my knee. Then we had hoops and clues to move around. We had to estimate how long things would take and write our answer in the hoop. One of the questions was ‘How long would it take to touch a living thing?” – Mariam

Finally, the Hedgehogs worked with Mrs Arundel. They had to create a quadrilateral, with at least two equal sides, using twigs and twine. It was tricky getting the twigs to join using the twine as some of the Hedgehogs were not able to tie the twine together.

Every teacher we visited asked us a True or False question. The more questions we answered correctly, the more clues we had to help us find the secret home of the golden pine cone. We used the letters we found and worked together to crack the code; the pine cone was hidden in the Willow.

We’ve got a special treat on Friday for cracking the code! Well done to FA too for estimating the closest number of Conkers in the jar! Can you guess how many are in the jar? 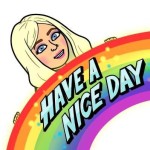 Hello Badgers, I hope you are all safe and well and didn't eat too much chocolate over Easter like I...

Keep up to date with the blogs